Loaded up on technology and global ambition, the younger generation is ready to take the modern workforce by storm. And fashion icon Margaret Zhang is leading the charge.

Last year, a whitepaper from Chartered Accountants ANZ and Deloitte Access Economics posed a provocative question: The Future of Work: How can we Adapt to Survive and Thrive? The paper explains that mega trends such as globalisation and digital disruption are radically changing how people manage their careers. Based on a survey of more than 1,400 Australians, the paper says two-thirds of early career workers expect their job will not exist, or will fundamentally change, in the next 15 years. Furthermore, the paper says younger workers are already “taking non-traditional or non-linear career paths following on from their university education. The skills gained from studying particular degrees are becoming increasingly transferable”.

The report emphasises that globalisation is enabling more and more professionals to connect across borders, working for buisinesses all over the world. Younger workers are at the vanguard of this, according to the report: “Already, the millennial generation has been highlighted as being more mobile than previous generations, with one in four nominating global opportunities and experiences as the most important feature in the first five years of their career.

Trends such as these have led to speculation about what tomorrow’s careers will involve. A 2014 paper by PwC, The Future of Work: A Journey to 2022, painted a scenario where the typical future professional will “Enjoy more flexibility and varied challenges by working freelance or as a contractor for a number of organisations”.

For a preview of what this future professional might look like, meet Margaret Zhang. The 24-year-old Australian is a photographer, stylist, writer, creative director and consultant, having worked all over the world with brands including Gucci, Dior and Louis Vuitton. She also holds a Bachelor of Commerce and a Bachelor of Law, and last year named in the Forbes 30 Under 30 Asia list of young leaders.

Zhang divides her time between clients, projects and continents. Her work ethic is legendary, and her influence grows by the day (at last count, she had more than 1.5 million engaged followers across her social media channels). In fact, without realising it, Zhang is already following the advice contained in the Chartered Accountants ANZ and Deloitte Access Economics whitepaper: The Australian labor force will have to consider how to differentiate themselves. This may be through offering a unique combination of skills, a different perspective, strong personal brand, or a well-developed network.” 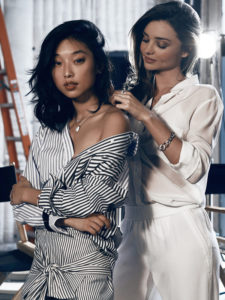 THE YOUTH OF TODAY
Given the future direction of careers and the workforce, it is fascinating to watch someone like Zhang in action. She is a trilblazer for a new generation of multi-skilled, multi-tasking professionals. So how does she feel when millennials are described as the selfish “me generation”, who can’t commit and expect instant career progression?

“People just project their insecurities, ignorance, and fear of change onto what they don’t understand, and call it insubstantial and frivolous,” Zhang tells Acuity magazine. “And yet, young people have always been on the right side of history – with feminism, with civil rights, and today, it’s with technology.

“Anyone saying that millennials ‘can’t commit’ fails to realise that millennials don’t need to commit, because of the increased fluidity of industries through democratised technology and because new jobs and roles are being created daily to fill the exponentially shifting rate of consumer demand.”

According to Zhang, millennials expect instant career progression because that is a realistic expectation if they work hard, smart and early. “They’re not trying to take your jobs – they don’t want your jobs, because those jobs are conventional, predictable and will probably be obsolete within a decade as more and more human tasks become automated.”

The rise of automation and artificial intelligence is seeing the death of many traditional jobs and a period of adjustment in the workforce is already underway. “It’s up to the government and corporate bodies to work together to provide training as the workforce evolves alongside technology,” says Zhang. “In the long term, we’ll become more efficient, adaptable, and globally ope in socio-political and commercial spheres. That’s the theory, of course. There’s a way to go before we get there.”

POLES APART
When Zhang says there’s a way to go, she means that literally as well as figuratively. For example, Australian businesses have generally been slow to understand the opportunities in Asia’s fast-emerging consumer markets. Not so Zhang, who has consulted for international fashion brands in Asia and even recoded her own website to include a Mandarin translation.

“The idea that Australian brands have a baseline advantage in Asia, aside from the obvious logistical advantages flowing from regional trade agreements, is largely misconceived,” says Zhang.

“Our pop culture is inherently American, our legal system is British and, our legal system is British and, despite our surface multiculturalism, Australians and Australian companies have very little understanding as to the cultural nuances that apply to consumer preferences and interaction with brands and media. The very phrase ‘expand into Asia’ is itself problematic. Asia is not the faraway, exotic East with a homogenous aesthetic or some unified mass hysteria for a Western lifestyle.

“What drives consumers in South Korea is poles apart from those in China. What will work in Thailand has absolutely no correlation with the way advertisers might succeed in Singapore. To ‘expand in Asia’ requires a full sweep of research into fundamental personal values, their perceived value of different categories of products relative to one another, who they perceive to be media authorities, etc.” 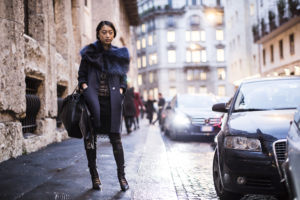 LEARNING & EARNING
In the 1990s, Zhang’s Chinese parents moved to Australia, where she grew up. Her initial career success stemmed from Shine By Three, a fashion blog that she started at the age of 16. By the time she was studying at university, she was freelancing as a model and fashion photographer, as well as sitting front row at fashion shows around the world, and even appearing in a reality documentary television series.

“My more difficult semesters during university involved me going straight to the airport from class on Thursday evening, flying out to Asia or the US for work, then flying back into Sydney on Tuesday morning and going straight to an 8am class,” Zhang remembers. “I would study on the plane, in the car, whenever I had time without people around.”

Since graduating, her professional life has been just as hectic. Zhang says sheer passion and determination sustain her, but she does admit she spent last year “jumping between all too many projects and clients to remain reasonably sane.” The solution in 2017 has been to commit to longer-term projects that require constant work rather than one-off photo shoots and jobs, she says.

MAKING IT ADD UP
Besides chronic busyness, a world with fewer permanent jobs and more freelance arrangements will mean many workers cease to benefit from paid sick leave, annual leave or parental leave, and cease to receive employer contributions to pensions/superannuation. But Zhang’s experience provides an optimistic assessment of those risks.

“The best and worst part of being freelance is that you only get out as much as you put in. So, you can take time off whenever you need to – but you don’t have that financial security blanket. Everyone I know who has gone from full-time employment to hustling on their own has always ended up working more hours than they did at their office job. But it doesn’t matter if you really love it. “Financially speaking, I save like a fiend, make investments that I can be functionally involved in, and stay on top of global current affairs and economic news, which informs personal financial decisions.”